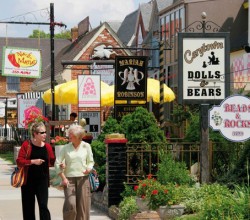 I left Virginia beach and headed back north to Richmond to see my cousin, Margene*, who was finally back from vacation. I regretted not planning my trip at this point more carefully because there was a political rally in Washington D.C. that I would have loved to be a part of. However, seeing Margene was enough, as I haven’t seen her since I was a married woman.

Margene, like Mona, was a part of the “Big Girl” set, having fun at things I couldn’t when I was very young and I admired her for it. Little has changed. One could call her a jetsetter as she’s always taking time off for adventurous excursions in exotic locations all over the globe. Being a successful, freelance project manager affords her that. Single, free and having both disposable time and income, she is a gypsy in her own right!

I vaguely remember a conversation we had over a decade ago, months before I met my ex husband. She had left teaching in the public school system and was doing very well in her new career. Her salary impressed me and I announced, “If I ever make $85,000 a year, I’m NOT getting married!” and I think I meant it. Being independent, free-spirited with money to burn, why risk ruining a good thing, knowing my family’s track record with men? Margene is golden and in a lot of ways, I still want to be like her.

When I finally got into Richmond, I stopped at McDonalds and texted Margene to meet me so I could follow her back to her house without getting lost. I was sitting in Eunice when she pulled up in a black luxury sedan. Like me, she was a second generation American. With her large, inquisitive dark eyes, keen features, and honey brown skin, no one can argue that she’s not beautiful. Relatives would comment that we shared a strong resemblance as children, but that was a very long time ago. She was a top cheerleader in high school and college (with the trophies to prove it) and from what I could tell from family photos, she was always surrounded by lots of friends. That’s no surprise since she also speaks and carries herself with a sassy kind of confidence. Dare I say she’s a Southern belle? And though her 20’s and 30’s are behind her, she still does not want for male attention.

I jumped out and gave her a big hug. When we reached her home, I noticed it was large and nicely decorated. It was hard for me to imagine that she could live in a place this size by herself. Then again, I’ve gotten to the point in van dwelling where I feel agoraphobic staying in hotel rooms!

When I got settled at her home, we got caught up with our lives and preliminary “family stuff”. I was thankful she didn’t ask for details about my decision to disown my mother, sister, and aunt five years ago… not that family spitefully taking your ex husband’s side in an ugly divorce needs much of an explanation.

“I know you don’t want to hear this, but you look so much like your Auntie!” Margene said with her sweet southern drawl. I felt it sharp in my gut, but she was right and I look a lot like my mother, too. Gypsy or not, you take yourself wherever you go.  I’m reminded of that every time I see a photo of myself or catch my reflection from the wrong angle. Despite these occasional unpleasant reminders, somehow, I still manage to be content with my looks.

We enjoyed having some girl talk before turning in for the night and the subject fell on commitment. Margene told me plainly that she doesn’t want it and is happy with her life as is. There are many women who say this to fool themselves into being content with being single past a certain age. I didn’t sense this in Margene. She truly values her freedom. She does have her suitors and that’s what they will remain.

Maybe she could sense in me that I’m the type of gal who needs the physical and emotional security of a man. Though, I enjoy my time alone, I dislike being single. Perhaps, I would’ve felt differently if I took my career life more seriously in my youth.
The few days I had spent with Margene was fun! It was my first time hanging out with her as an adult. Her car sailed smoothly down the highway, which felt strange since I’ve gotten used to Eunice’s gentle rocking. She took me to Carytown, a quaint burrow of Richmond with cute, little boutiques and upscale shops.

We had a leisurely walk in the hot Virginia sun, weaving in and out any clothing or body care shops that struck our fancy. Towards the end of our stroll, we stopped at a cupcake cake shop to rest and indulge. In the evening, we took in a $1.99 second-run movie at the Byrde Theater, an absolutely gorgeous art deco venue with sumptuous, gilded details of a bygone era. We decided on watching 42: The Jackie Robinson Story. It turned out to be an excellent, inspirational film that I highly recommend. 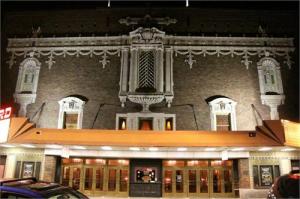 The next day, we drove around Richmond proper, deciding on a place to eat. Margene asked what I was in the mood for. “Asian.” I said immediately. This is my answer eight times out of ten when asked such a question. We stopped at a place called Beauregard’s Thai Room. It was in a stately red brick townhouse with a black cast iron gated courtyard that was artfully lined with lush greenery.

When we walked up to the building, the owner was watering large potted plants with a hose. They weren’t open yet but he courteously unlocked the door and let us in to sit. He asked if we wanted to be seated in the courtyard, but we opted to avoid the unusually cool weather and chose a table by the window instead.

We had arrived so early, the waitresses were still trickling in to start their shifts!  I wasn’t sure if the cook was in the kitchen yet. We perused the menu anyway. I ordered chicken pad see-ew and Margene decided on pad thai. Surprisingly, the food came quickly. I wonder if the owner had cooked our dishes himself. We caught up on more family happenings over our meal.

The waitress came to our table to refill our glasses of water and quietly placed the check on the table. I was happy to see that Margene didn’t notice. When my cousin left to use the restroom, I seized the opportunity to pay for the check. It was the right thing to do. She paid for everything since I had arrived and she had made me a delicious breakfast on top of that! I quickly took my debit card out of my purse, motioned the waitress to come over and handed it to her. Right after she disappeared to the front of the restaurant, Margene came back and we continued our conversation.  Perfect!   Moments later the waitress came back with an awkward smile. “Sorry Ma’am… Your card did not go through.” She said in a delicate voice, pressing through her thick accent. She handed the card to me. “I tried doing it three times.” She explained.

“Bloody Hell!” I thought to myself. I was so embarrassed that I felt my throat closing in and my face flushed with heat. I looked over to my cousin, “I know I had money in there yesterday… I checked.” My weekly unemployment deposit had come in days ago, I was sure it was okay to make purchases. Without missing a beat, Margene handed the waitress her card without breaking eye contact with me. “That’s what ya get for tryin’ to be slick!” she smirked. “All these years when I went up north to visit your mother, I never had to pay for anything… and that’s how it is when you’re here with me.” She said. I thanked her and nodded in acceptance. “When you get settled in your place in Texas and I come to visit, you’ll have the chance to be just as hospitable.” She continued. “I hope she won’t mind staying in a wigwam in the middle of the prairie with Beau and me.” I thought to myself.

The next day, we visited one of Margene’s many good friends, Linda* for the afternoon. Like Margene, she was attractive, content, gainfully employed and lived very well. She was yet, another example that one could have a fulfilled life without a partner. Her home was also beautifully decorated and spacious. The marked difference between her and my cousin was that she had two beautiful daughters. Linda had prepared lunch and served us wine and drinks. We talked and laughed. I knew early on, it was going to be time well spent.

We, naturally, got on the subject of men. I shared with them how Beau, being the outdoorsman that he is, was fixing to make me a squirrel bikini. They burst out in laughter and disbelief! Is there an emotion to describe disgust and amusement?

Linda was getting into the dating game again and showed us her online profile on Match. She also showed us the profile of a good-looking, seemingly decent man who showed interest in her, but she was reluctant to proceed with him… he was white. Though she could objectively appreciate handsomeness in all races of men, she has trouble being attracted to Caucasian men sexually. My cousin also shares this preference (or lack thereof). However, a Hispanic or other man of color just may make the cut! Since I’ve “been over the fence” many times, I indulged them by describing the differences between dating white men and black men. And yes, I find that there is a difference… but that is a talk for another day!

The next morning, Margene was headed to work and I was headed to West Virginia. She bottled me some fresh juice from her juicer to take along with me and let me use her outside water spigot to fill my tank. I’ll most likely see her again in a couple of years.

Spending time with Margene was like peeking into what my life would’ve been like in an alternate universe. It’s best to choose what makes you happy at any given juncture in your life. And it’s important to accept that there will always be tradeoffs in one way or another. Who is to say that having a steady relationship or marriage is more of a personal accomplishment than being single? After all, it’s just as tricky to cultivate a tribe of good and trusted friends.

*Names changed to protect the innocent and infamous.